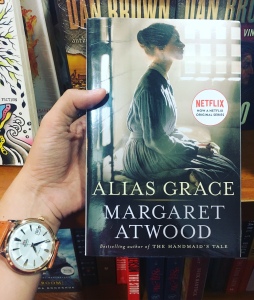 “One must be wary of the pretty face telling stories…as they are easier to believe.”

There is a danger in not knowing boundaries, of course.

I thought about the preceding line while I was watching the Margaret Atwood on Netflix. Grace was an Irish girl, young and fetching, despite the fact that she was accused of being a “murderess” as a teenager, and had been in jail until fifteen years later, a society decided to send an emissary to her town so that she could be tested to see if she was really innocent.

The story started with an introduction to Grace as an inmate in a women’s correctional facility where she was detained for the past 15 years, surviving on the good graces of the judge, who also allowed her to work during the day at his large house. Grace felt like a fixture, a topic of conversation for the guests at the house. She could not tell whether they were drawn by the macabre nature of her alleged crime, or whether they just wanted her around to poke at, with their multitude of questions.

Presently comes Dr. Jordan, a psychiatrist who was drawn to her story…which eventually led to his carnal attraction towards the young lady. As the course of her tragic young life unfolded by way of her riveting storytelling skills, and flashbacks, we find him drawn in deeper than was obviously professional.

Of special note was how he handled his dealings with her, and how deftly she seemed to weave her story like Scheherazade… as a way to survive. Seeing how adept she was at manipulating emotions, and how correspondingly inept he seemed in seeing this dynamic unfold, I am all at once both annoyed and amused.

Truly, one must be trained to see one’s blind spots, as this young psychiatrist was the victim of his own lack of propriety and boundaries. I do not want to preempt the story for your own pleasurable viewing, but I would just like to share the necessity of being on self-aware. Being as objective as possible, disencumbers us so we can help our patients become better.

Alias Grace is a short 6 episode run on Netflix, directed by Mary Harrington and starring Sarah Gadon. It was based on the 1996 novel by Margaret Atwood and was adapted by Sarah Polley, and ran in September to October 2017.

My grandmother recently celebrated her third year as a nonagenarian.

We usually gather as a family during this momentous occasion, because we just want to celebrate every milestone we possibly can with her.

It was a very lively, energetic night. We had the restaurant booked for the private event, and we spent the hours talking, laughing and just sharing stories to catch up. These celebrations are absolutely a joy, and wherever we are, it almost always seems to feel like we are at my grandparents’ house’ living room, talking in our loud voices and boisterous laughter everywhere.

My Lola has a birthday wish (which is also applicable for any day), and it is always on the lines of her winning the lotto, so she could bring everybody over for another big reunion. Haha. 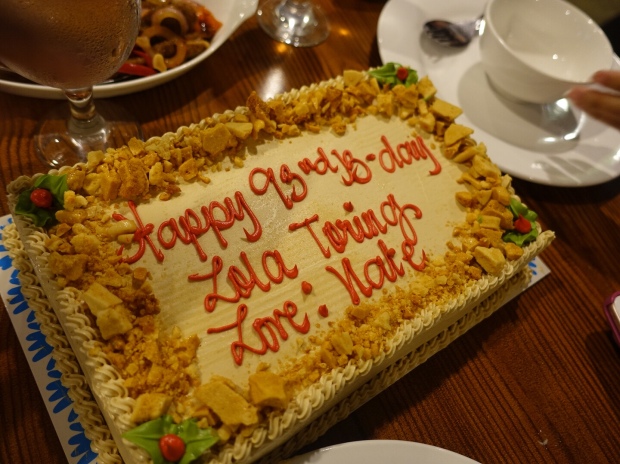 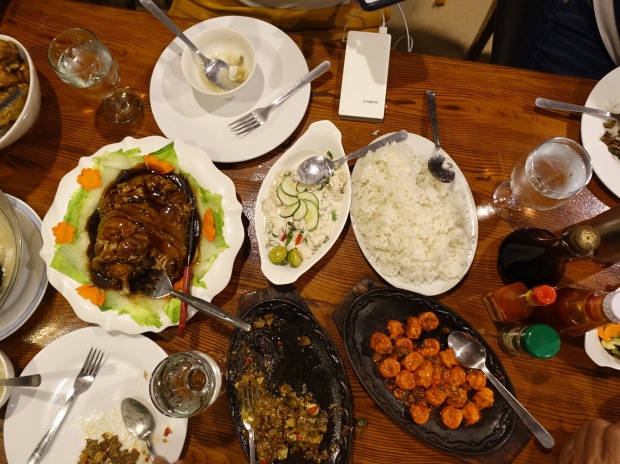 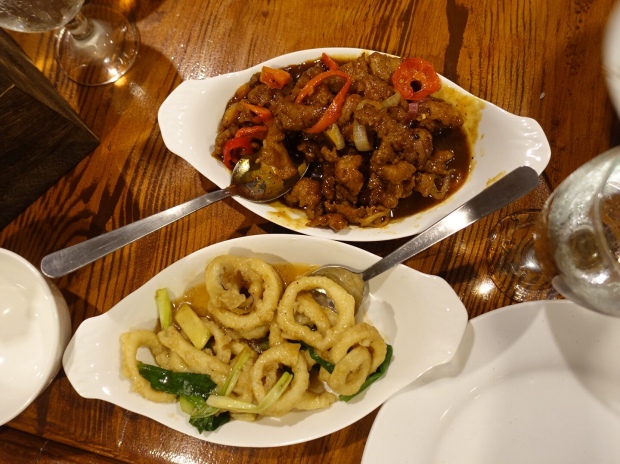 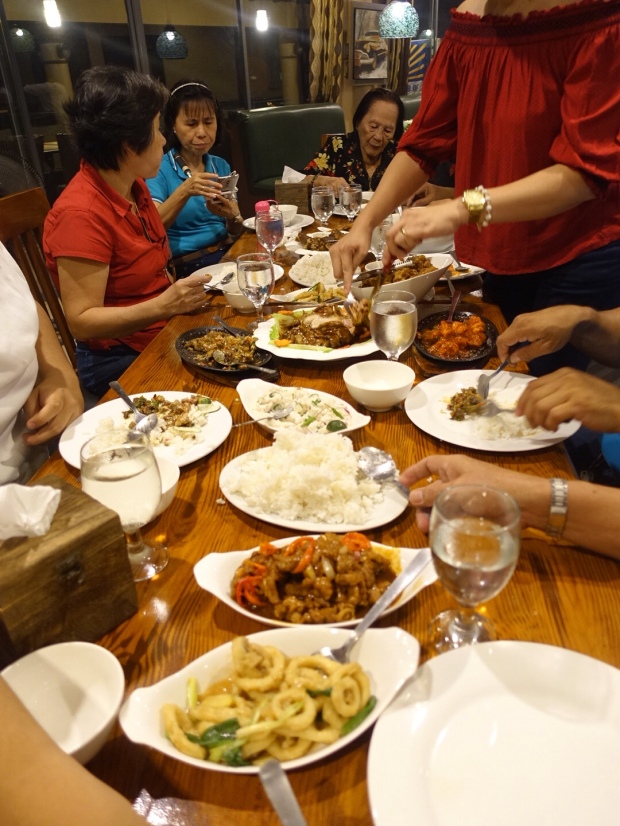 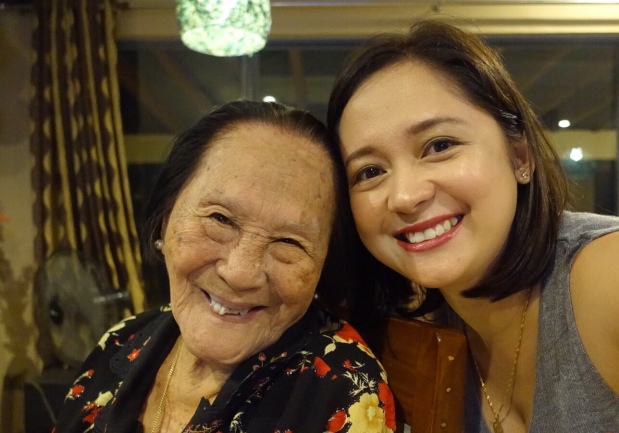 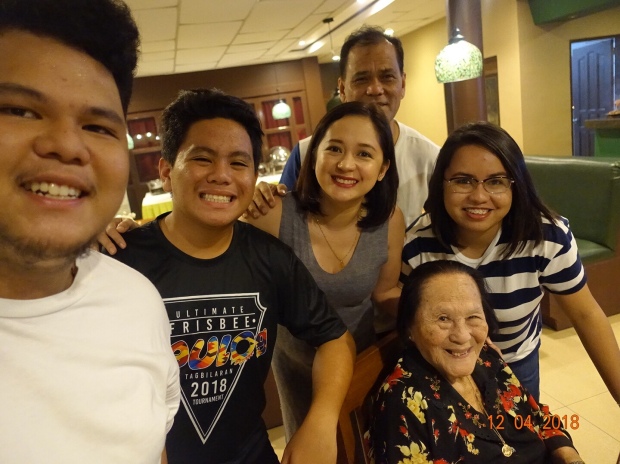 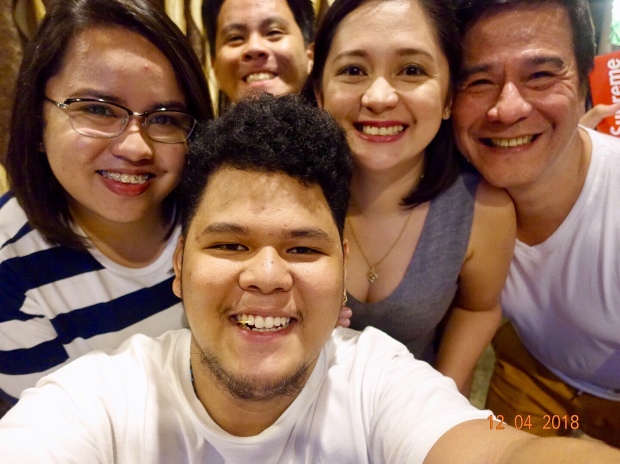 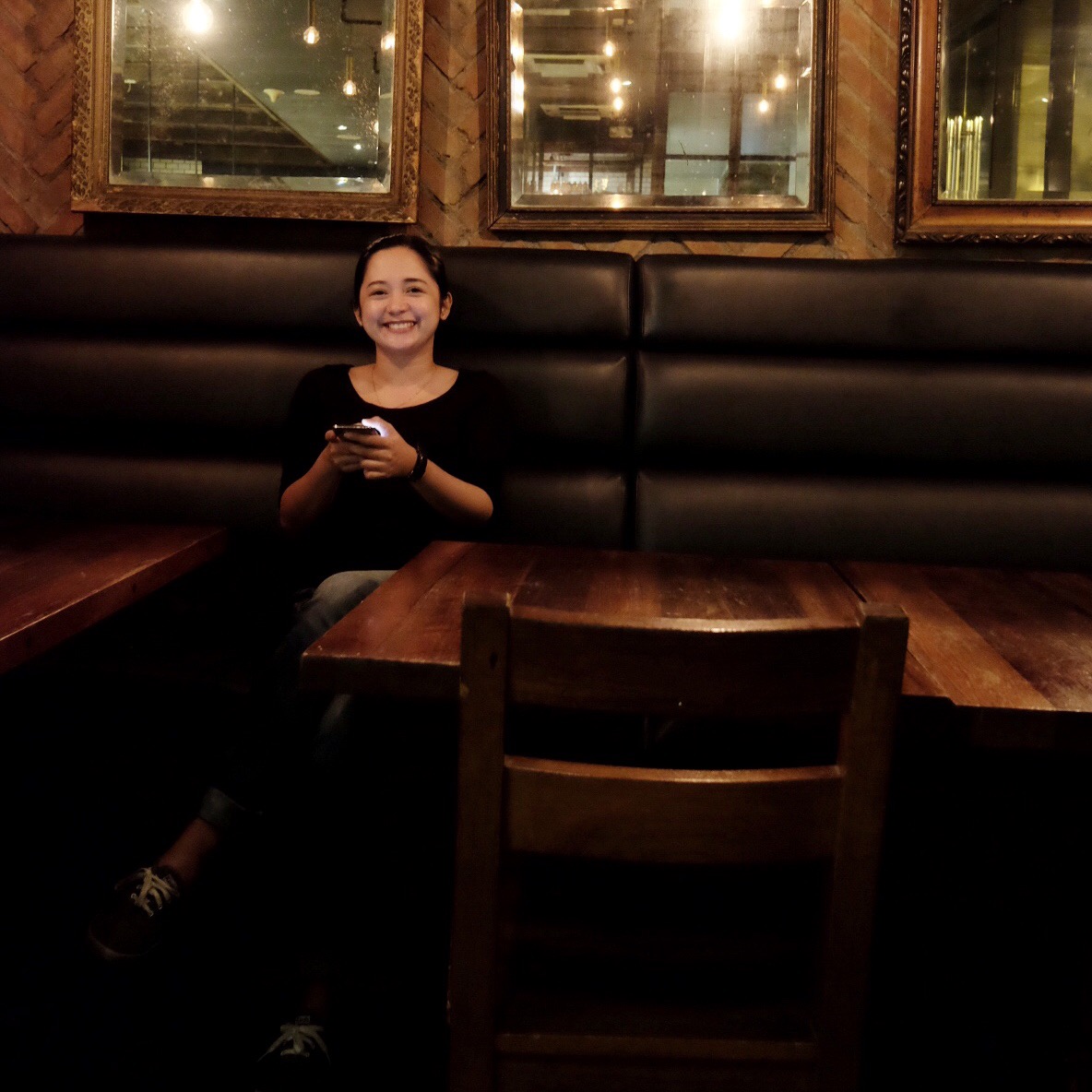 Myself, after a good coffee and carrot cake night with a dear friend. 🙂 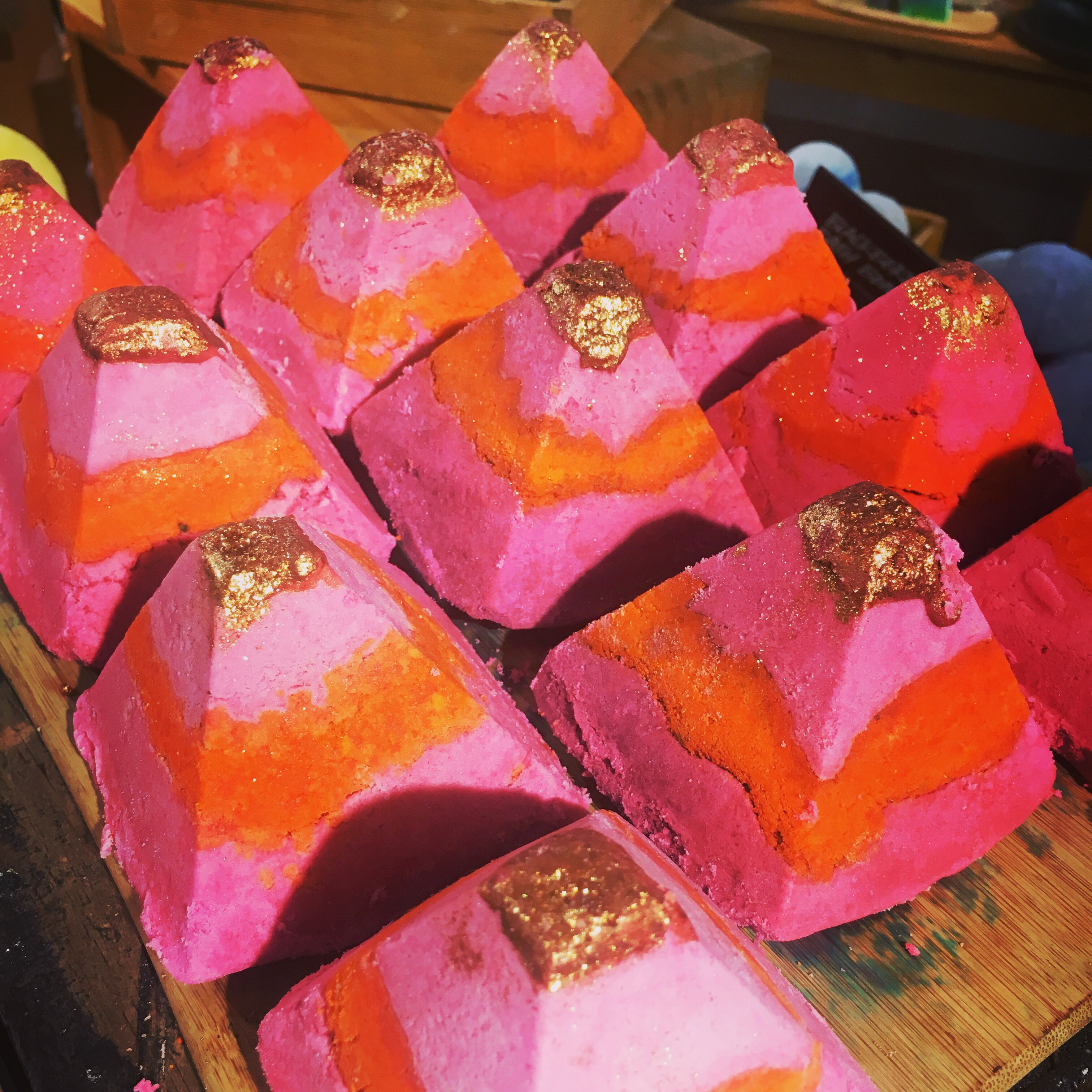 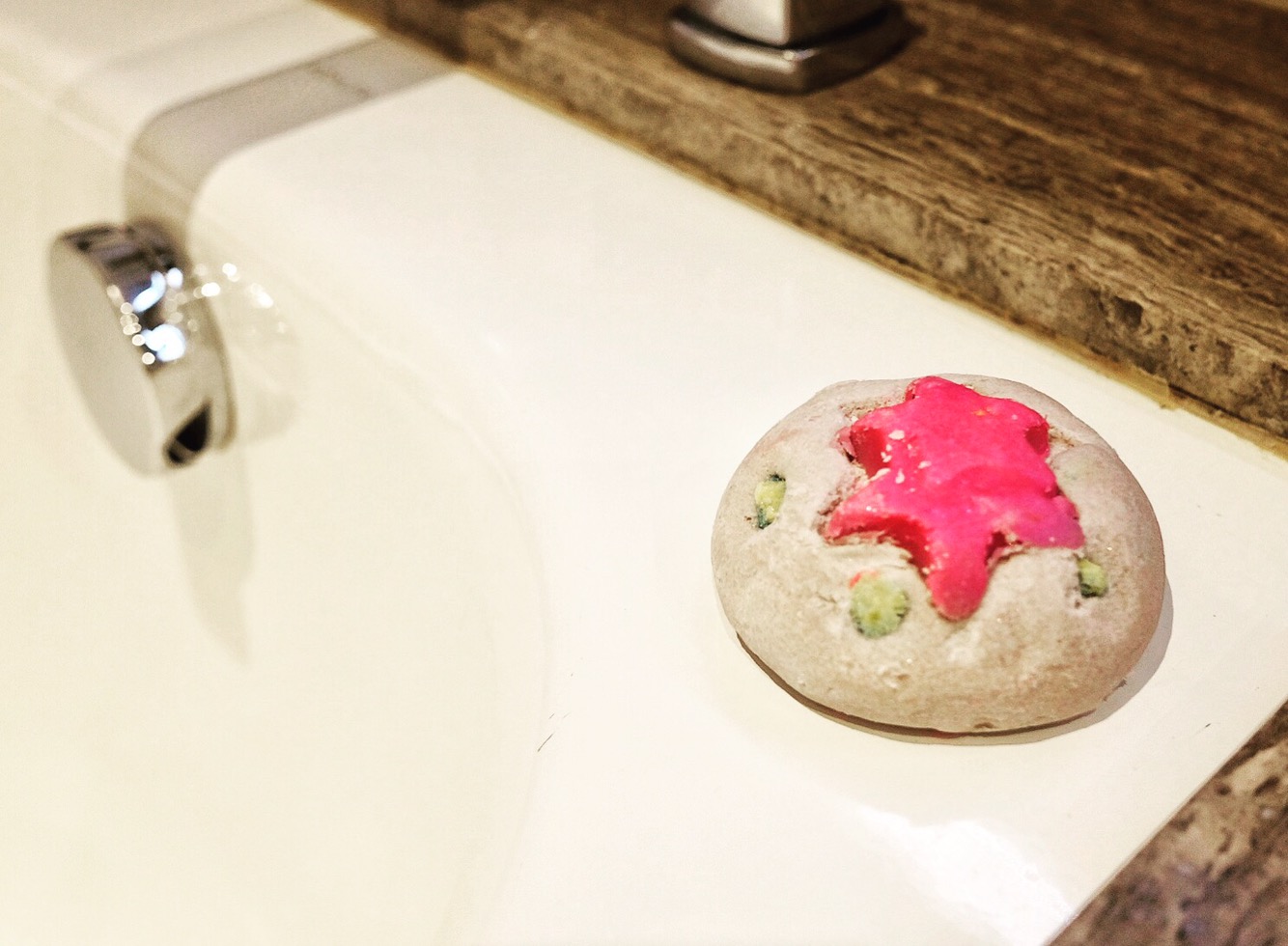 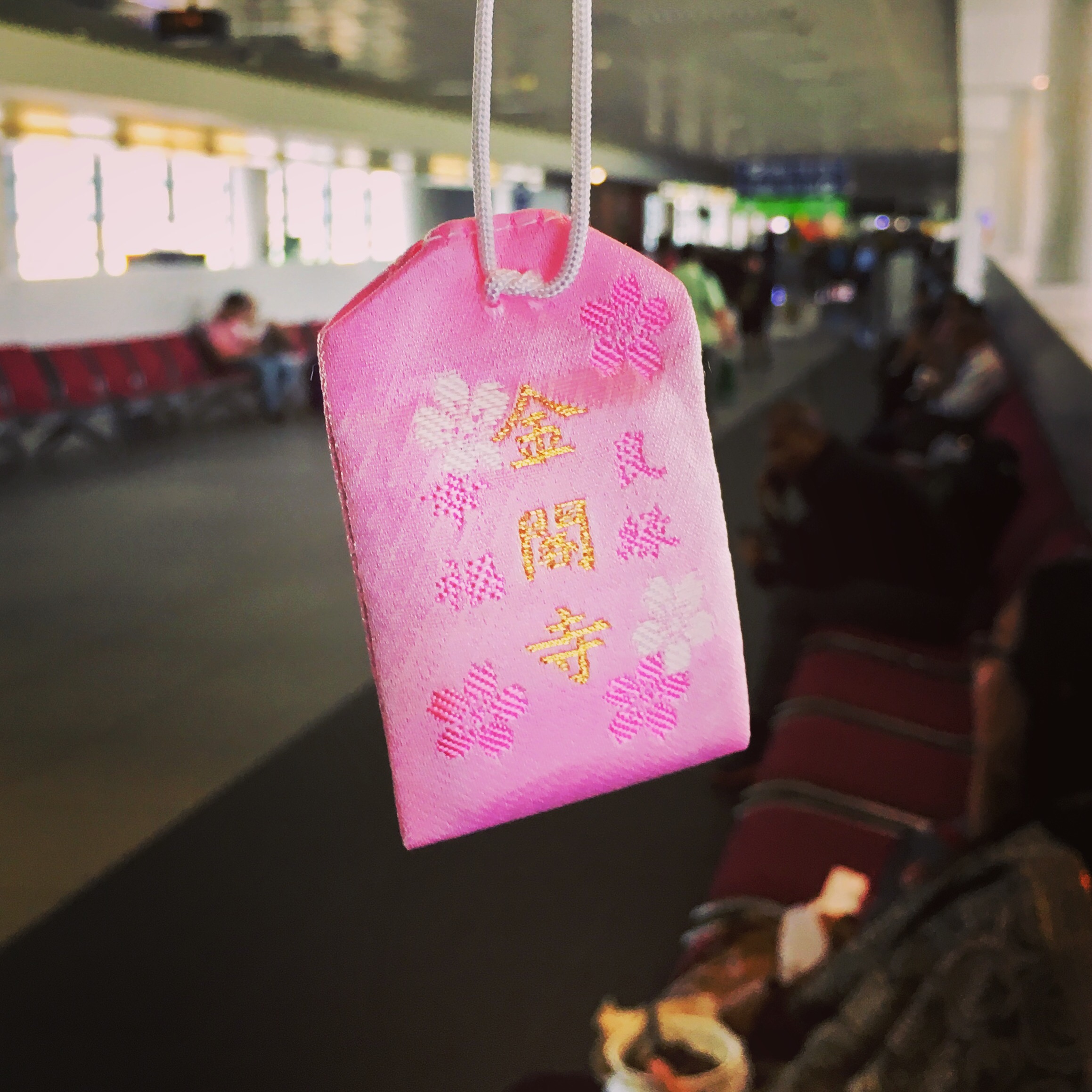 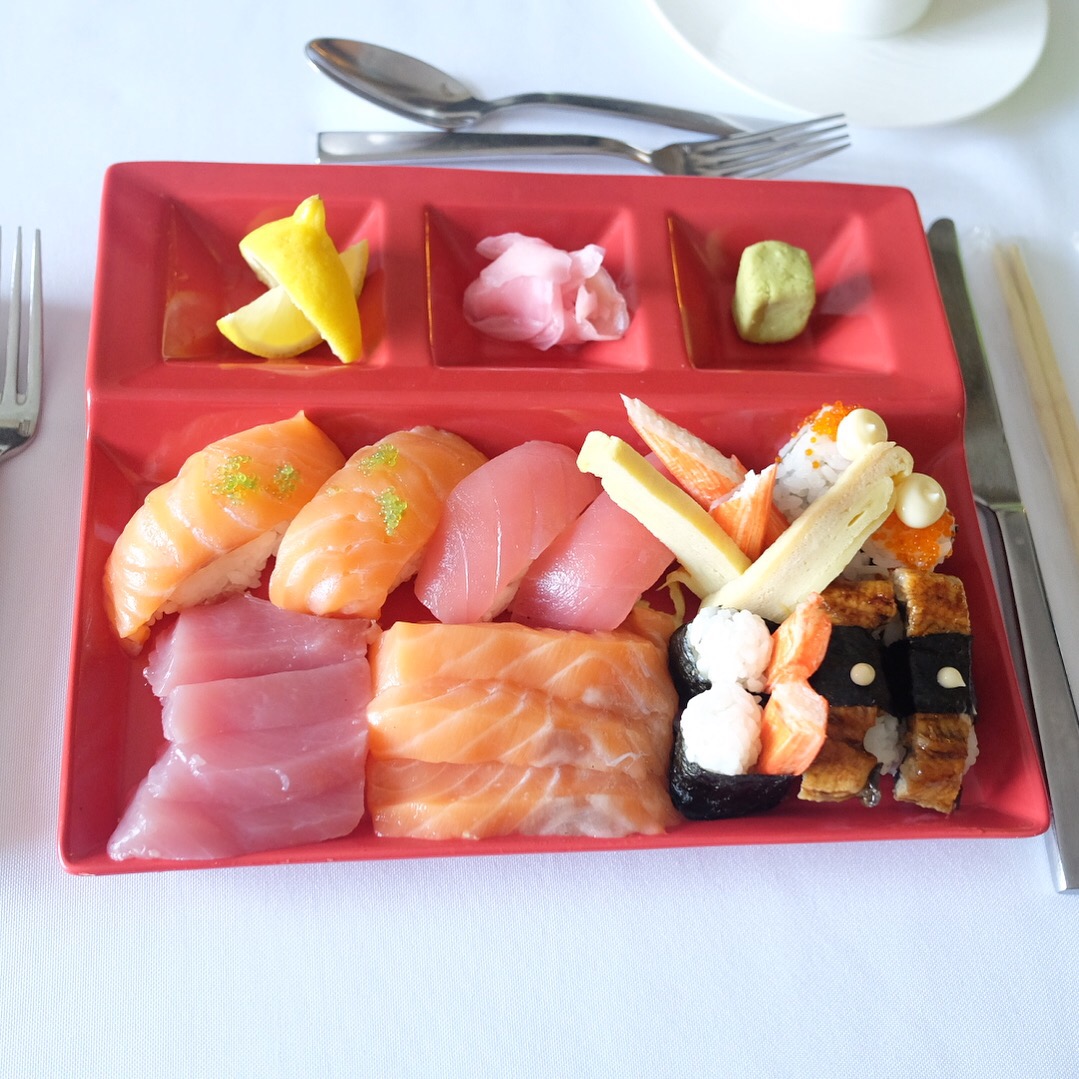 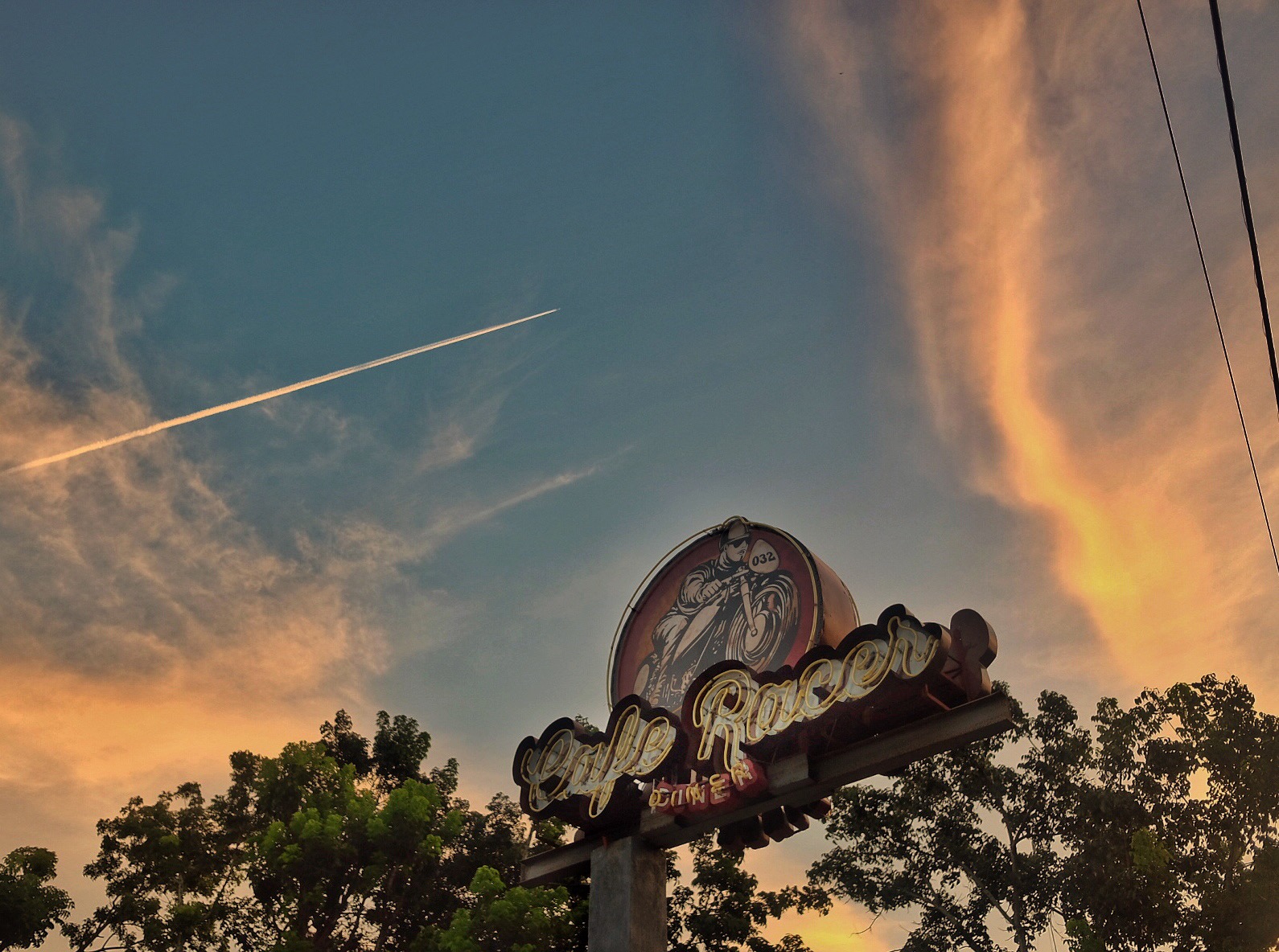 My family and I went on a road trip around my home island in the Philippines, and we ended up in an ancestral house in Silay City, Negros Occidental (which is closer to Bacolod City). The house, built by a politician/sugar baron named Gaston, was a roomy 12 bedroom house with old world vibes.

It was a wide-open spaced house, with lots of big floor to ceiling windows, and a very large rooms. Walking around, you could almost pretend that you were in a different century (actually, the whole decor reminded me of the period show, The Knick” :-)).

Anyway,  the story of the flowers was that, in a dark house that was so somber, I found a whole bucketful of them.  Actually, I was just walking around the house, with my niece Kylie, who is 10, tagging along, taking her own photos, when I saw these on the floor.

The were a mixed variety of mums and Santans and baby’s breath…all wildflowers picked from outdoors, placed in a tin bucket, probably for use later.  They were really pretty, and with the sunlight washing the office in light, I had to admit, that common weeds that they were, they made for a beautiful bunch of a serendipitous find. Something I would not have seen if I had not looked, and was always preoccupied with something (that I could not possibly do much about.)

It was just really pretty…and I remembered how important it was to be on the lookout for something. It was always helpful to one’s soul to always look for something beautiful, and good everywhere.

What was your serendipitous surprise today? 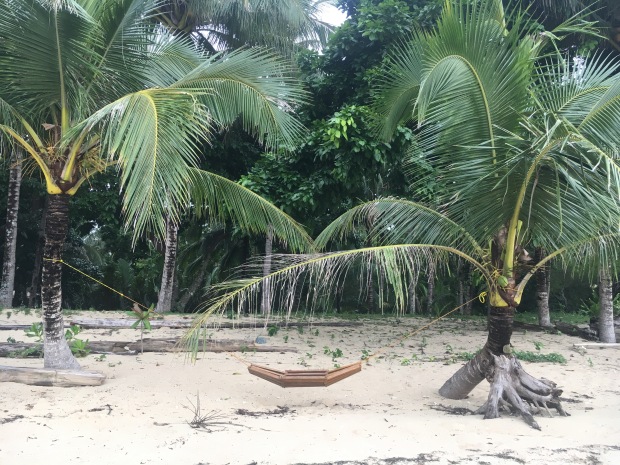 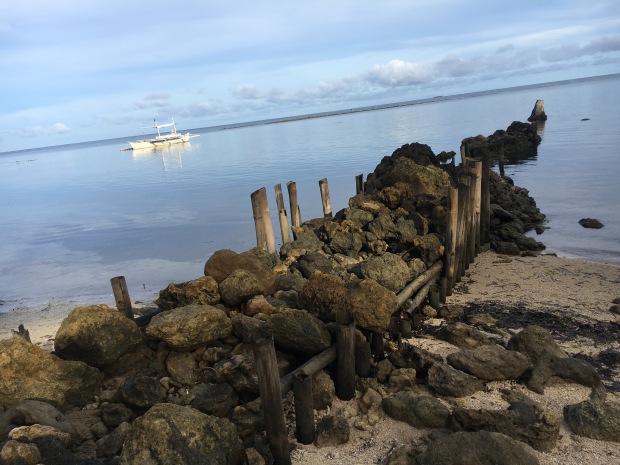 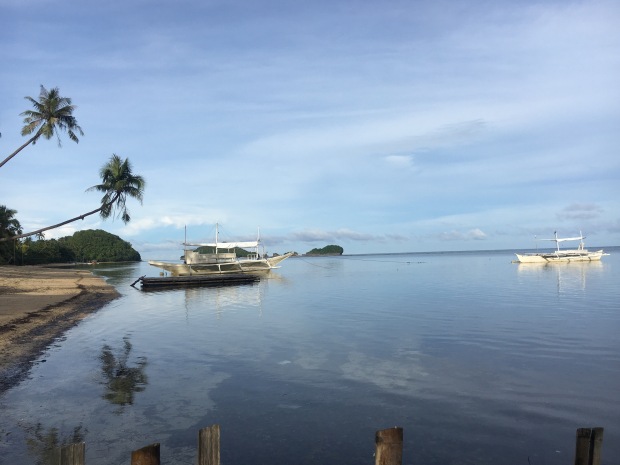 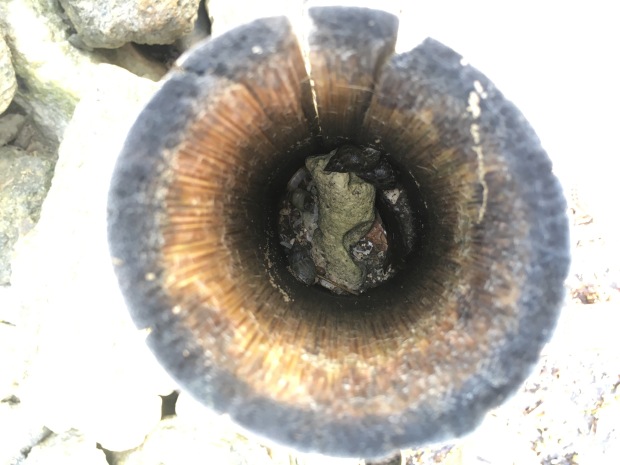 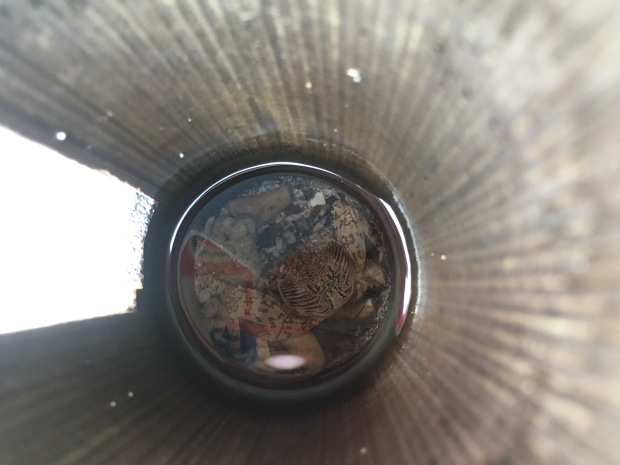 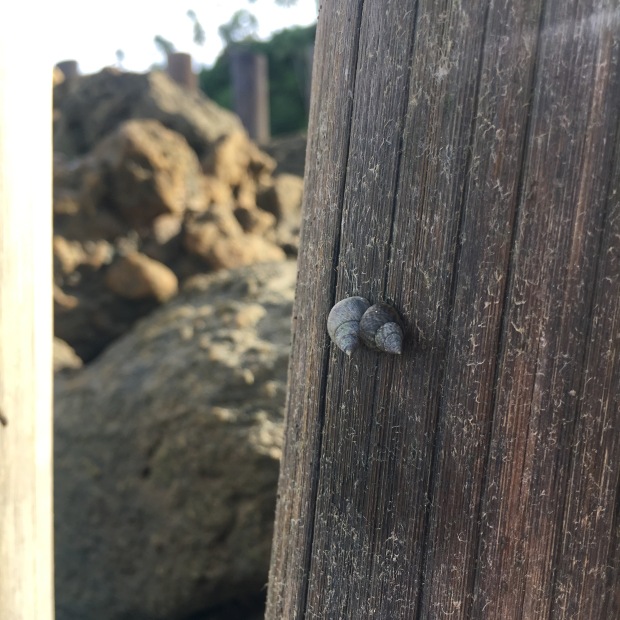 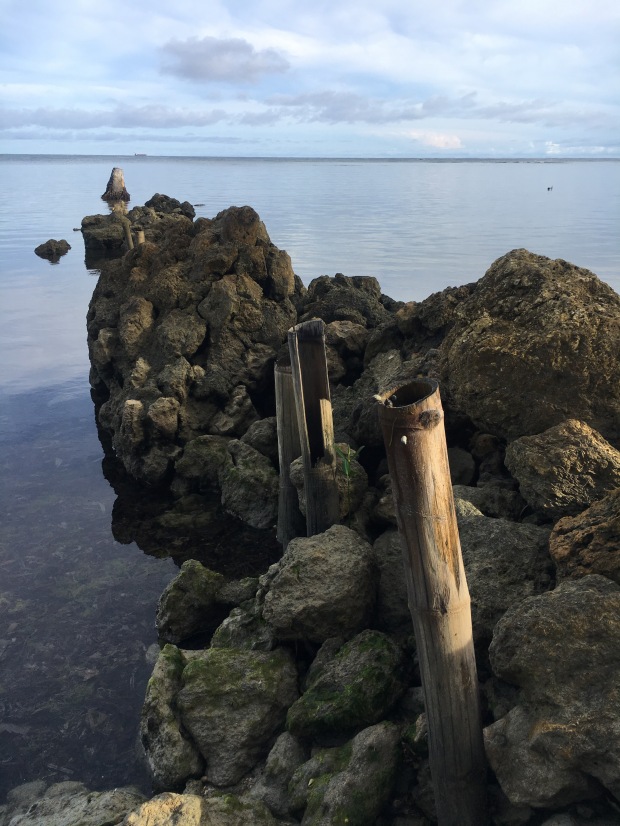 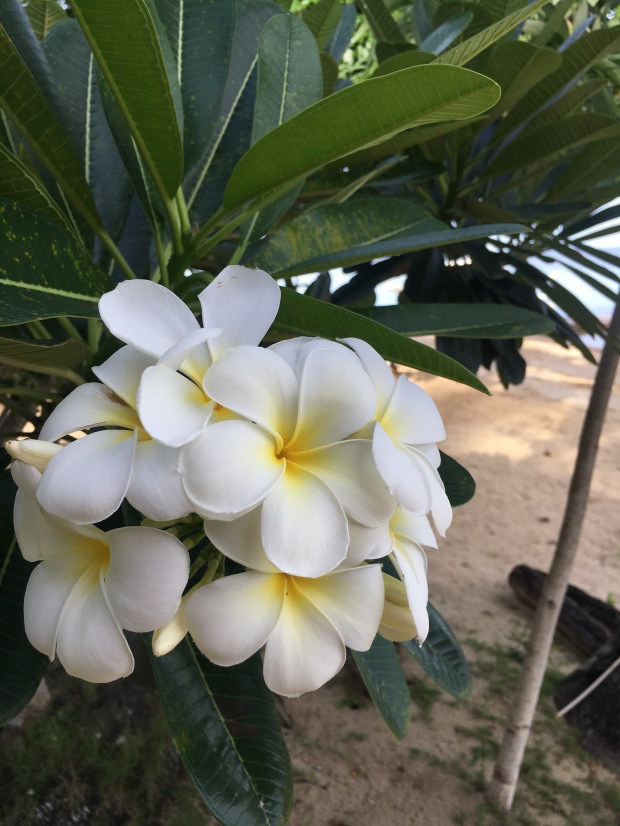 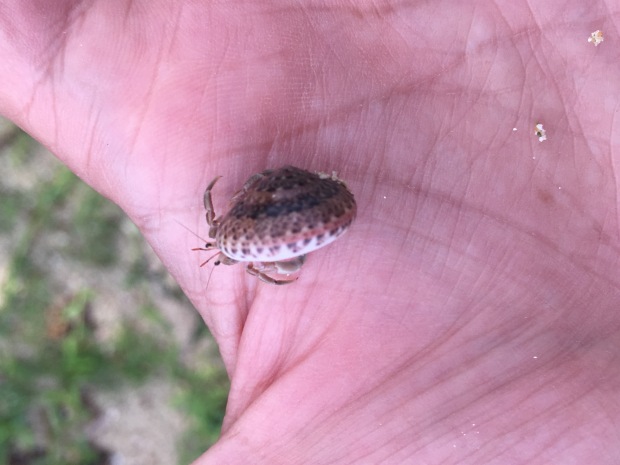 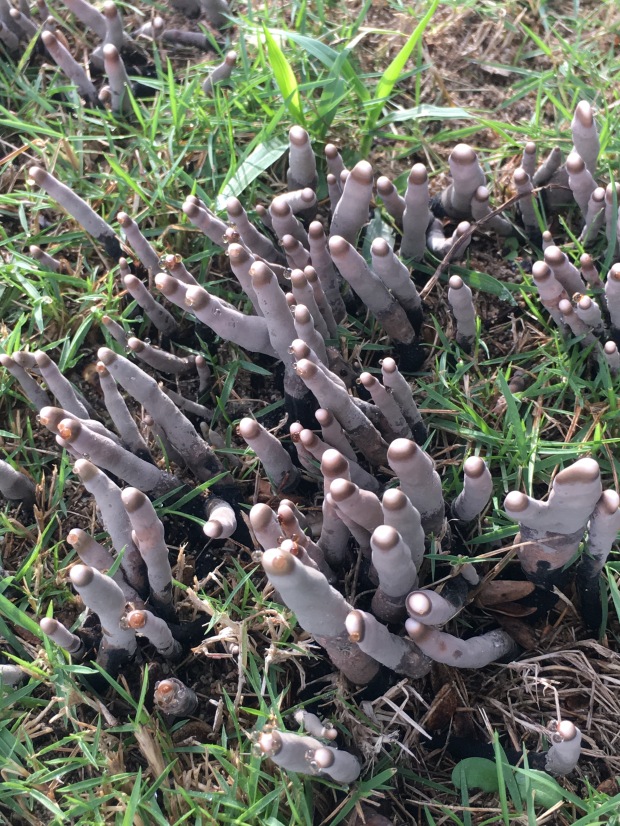 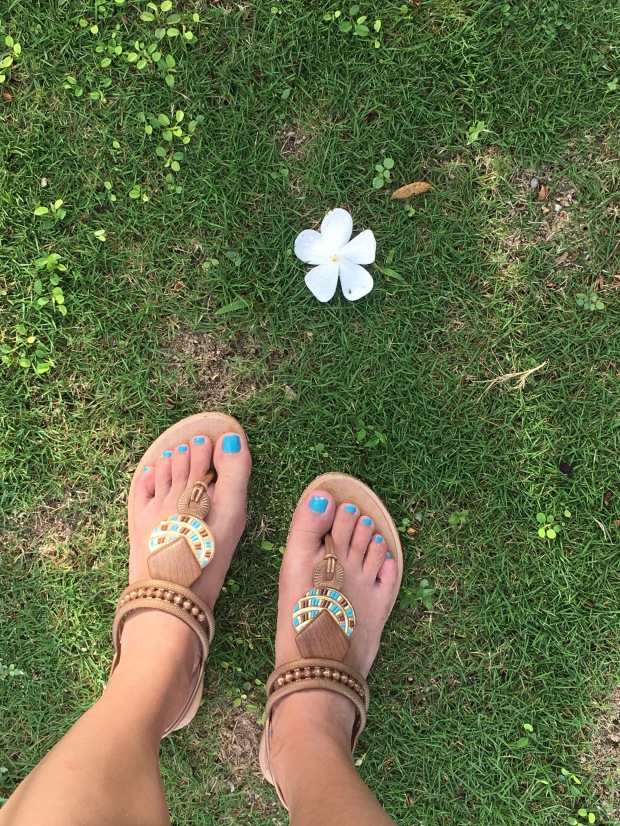 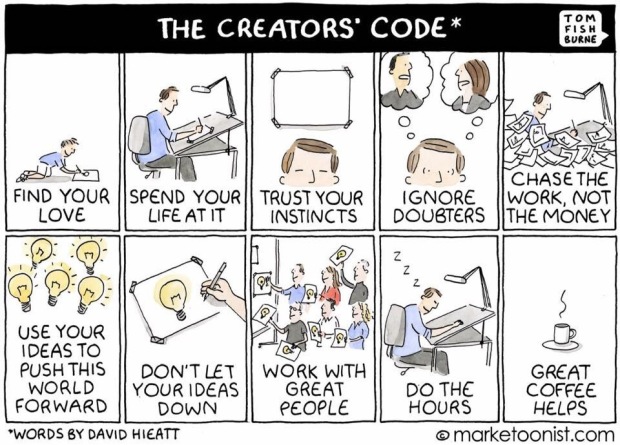