Very recently, I’ve developed “an extremely strong desire to mentally consume” all episodes of this small screen/ Netflix wonder (read: I binge-watch these episodes in my spare time, with my father occasionally joining to watch. )

It simply cannot be helped. The large-scale production of a historical drama, with larger-than-life characters, created by the legendary Michael Hirst is a compelling show to watch. He is the sole writer for the show, and allegedly, to up the excitement factor new scripts come out every two weeks for the actors, and they never know what to expect.

The characters have great chemistry, and the actors are very easy on the eyes (aside from the fact that they are good actors, of course.).  My initial favorite,was of course, Ragnar Lothbrok (played by erstwhile Calvin Klein model, Travis Fimmel) and now, heavily favored is the very strong “crippled Viking” character, Ivar the Boneless , who is portrayed by Alex Hogh Andersen.

Like any full-blooded female, I am partial to strong male characters on TV,  but these two characters were so well-crafted and well-played that they actually made me dissociate pleasantly and had me thinking that they might actually be real vikings in their past lives. I kid you not. 🙂

Ragnar is bold, adventurous and curious…enough to defy his earl and go wandering off West, even when he was explicitly told not to. Also, as a bonus he has this leering look and twitching of his eye that seems to emphasize his points. You really have to admire the man, he was ahead of his time, and his nearly insatiable thirst for “the new worlds to explore” made him a standout indeed. He had that fire in his eyes, a charisma, which everyone saw, because they all followed him unquestioningly.

(Maybe he was a visionary in those Dark Ages…but really, the show was only based on The Saga of Ragnar Lothbrok, an old Viking tale handed down from generations through storytelling, too diluted to be even considered as real, accurate history. )

Nevertheless, it made for very entertaining viewing. My father loves it for the swordfights and battle scenes, I myself, love it for the relationship drama and the internal and external conflicts of the characters. #Priorities. 🙂 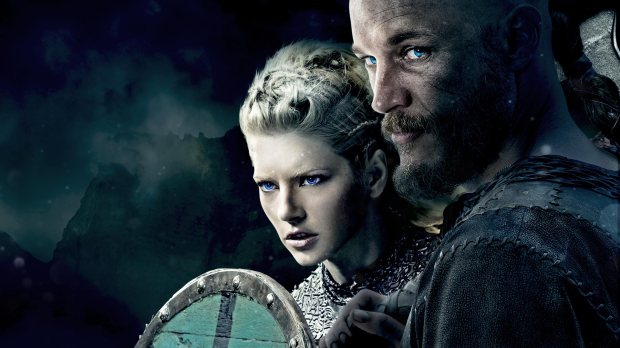 Lagertha, the shield maiden, is also a favorite character, as she is a…well, a Badass female, way ahead of her time. She could handle herself in a brawl…and still have time for her kids, AND was brave enough to pack up her bags and divorce her philandering husband publicly, without fear of the unknown. Also, I might add, she never looked back. Sure, she may have seemed to love such a powerful man with all her heart, but in the end, she could not bear to be humiliated by his philandering ways, and she opted instead to just break it off with him anyway.

(She never settled, and became Earl in her own right…winning battles and commanding men.) 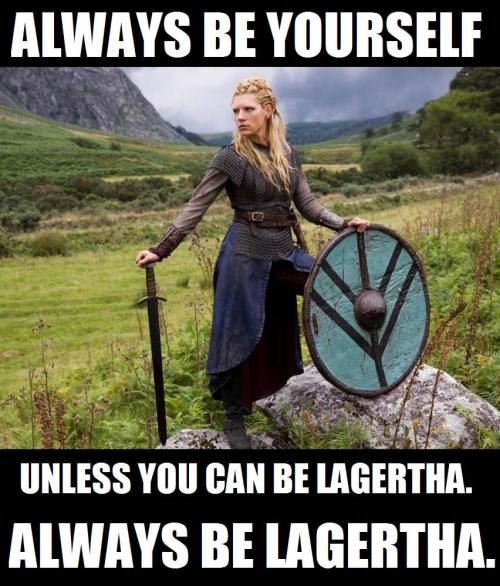 🙂 Really, this is just the gist of it all, and I am merely writing out the things that I like about this show. There are several articles on the show, and I think this one here is more congruent with real Viking History. 🙂

Perhaps since I am infinitely curious about people’s character and how they think, my current favorite would have to be one of Ragnar’s sons,  Ivar the Boneless, played by Alex Hogh Andersen. This character was born with Osteogenesis Imperfecta ( and was nearly killed by his own father) and had an anger management problem that drove him to be one of the most notorious Viking conquerors of Western Europe, so to speak.  (AH fun. All the internal conflicts there!) He was also, allegedly, very smart…and cunningly genius war strategist as well…and despite the fact that he could not walk, legacy stories about him were telling about how “stood higher than many men in the battlefield.”

Speculations about his condition abound, of course, but we really have no way of knowing for sure, because all this data is being extrapolated from the recounted histories, and very old Viking records from the 10th century that were recorded by the monks and the priests of Christianity. 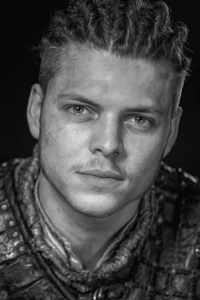 However, it is not a bad thing at all that Alex Hogh Andersen is playing Ivar. No, not at all…especially since he also takes photos in his spare time, in real life (which I think is pretty cool, of course!). haha. not at all.  🙂

Don’t take my word for it, though… try to watch it yourself. If you like stories and characters like I do, then this series is for you. 🙂

(And this concludes my extra-curricular writing blogging activity. 🙂 )

So, enjoy! Because I definitely did,beards,manbuns and all.) 🙂

I'm Stephanie. I like people, including the intricate, intimate details of their stories. :-) I love writing about life, people, writing, pens on paper, and street photography. I believe in Mental Health for all, and that stigma should not be a barrier to getting the help we need. #PsychiatryHCP View all posts by eloisamiaco